How Long Will It Take To Achieve Your Weight Loss

Now, I appreciate that not everyone wants to get six pack abs...

... but I hope you can appreciate the point I’m going to make.

The further away you are from your goal.

The longer it’s going to take to get there.

Well, at least it is until we attach emotion to numbers.

At this point you’re thinking “what the hell you talking about MK?”

And then we get attached to that number.

Especially that number on the scale.

For instance, say you’ve decided you need to lose a stone.

And let’s say 1lb of FAT loss is realistic and safe.

That’s 14 weeks or just over 3 months to achieve your goal.

Granted, some people could lose more than a 1lb per week. Some people may lose less.

But when you factor in the human body and all the things that goes on inside that miracle that makes you, the whole weight loss thing is filled with ups and downs on the scales because the whole process isn’t linear.

With high carb days, low carb days, sickness, bloating, water retention, dehydration, and one for the ladies) menstruation, your weight will be up and down like a kid on smarties.

And I haven’t even mentioned MUSCLE.

When you exercise, you should train to gain MUSCLE.

Yes. Even the ladies reading this.

It’s MUSCLE that gives you that pert butt.

It’s MUSCLE that gives you those shapely legs.

It’s MUSCLE that dare I say it, forms up the dreaded bingo wings.

It’s MUSCLE that makes you stronger.

And it’s MUSCLE that fires up your METABOLISM.

1. the chemical processes that occur within a living organism in order to maintain life.

But to to you and I it means “how many calories you body burns.

Or to put it another way, the more MUSCLE you have, the faster your METABOLISM, the more calories you can burn in a day. Or the more food you can eat without gaining weight.

MUSCLE has a METABOLIC cost.

FAT does not. It’s just hitching a ride.

This all sounds magical right.

But muscle has a sneaky little downside that people often neglect to factor in when they jump on those pesky bathroom scales.

All that magical MUSCLE actually weighs something. Crazy, right

So you could be busting your ass off with your workouts. Eating smart and doing everything that you know you should do, jump on the bathroom scales all excited to see how much you’ve lost and you weigh the same.

I know. Shock. Horror. Heartbroken. The diets not working. You’re a failure. And all that negative shiz you tell yourself.

But what may have happened is that is that you’ve gained say 5lb of MUSCLE and lost 5lb of FAT.

Thing is, the scales don’t know that. All they know is that the person standing on them weighs the same.

What the scales doesn’t know is that MUSCLE is a lot more dense than FAT.

It takes up a lot less space.

So you may weigh the same.

But you’ll be a lot slimmer.

It means you could weigh the same. And still go down a dress or jeans size.

Classic example is that I had a “client” go from a size 16 to a size 8, yet she was 10 stone and nobody could ever get their head around it.

Because most people think you need to weigh 8 stone to be a size 8.

So, what does all this mean?

It means that you shouldn’t get attached to a number of the scales.

Because it can take a lot longer than you think to get to that magical weight loss number you have fixed in your head.

And when you add in MUSCLE gain, you may never get to that magical figure and obsessing over it can ruin your day, week or even life.

And it could have you throw in the towel on a very successful body transformation because you think it’s not working.

Ultimately your favourite pair of jeans don’t know how heavy you are. Your favourite dress. You favourite suit. Your wedding dress. Non of it knows how much you weigh.

But what you will know is how amazing it will feel to wear your favourite clothes. Feel confident on the beach in your short shorts and generally be buzzing about the way you look and feel.

In closing, I truly believe that you should be concentrating on how you look and feel above all else.

Sure, you can use the scale as a guide. But remember, the scale really hasn’t got a clue what’s going on.

PS. If you’ve been wondering why I’ve constantly been capitalising 3 certain words, it’s because.

You need MUSCLE to rev up your METABOLISM to burn more FAT, even while you’re sleeping.

If you want to keep moving forwards, check out the 12 Week Transformation Program at this link ==>> www.MarcKent.com/Transform 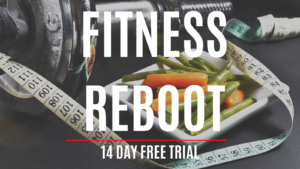